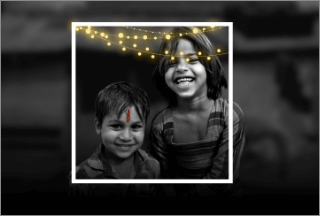 Defeating a pandemic, one meal at a time.

Annamrita Foundation (formerly known as ISKCON Food Relief Foundation) has been providing nutrition to underprivileged children across the nation in the form of mid-day meals. However, the pandemic changed everything. With people losing the sources of income and access to nutrition, several organizations predicted that hunger could potentially kill more people than the virus.

Annamrita’s expertise in nutrition and providing food at a large-scale, proved pivotal at this time, to make a massive difference to people such as daily wage laborers, street vendors, migrant workers, quarantined patients, and hospital and municipal staff.

But they faced two key challenges – a lack of awareness and a shortage of donations. To combat both, Annamrita worked with Zensciences to conceptualize and launch the #UnitedLikeKhichdi campaign.
Khichdi – a traditional, nutritious one-pot-meal was transformed into a symbol of unity and became the centerpiece of this award-winning campaign. People across socio-economic backgrounds and even celebrities showed solidarity with people whose lives depended primarily on the khichdi served by the Foundation by donating, cooking and sharing their version of a Khichdi, online. The driving force behind the campaign was one simple ask: One like or share = one meal served.

As a result, over 20 million meals were distributed nation-wide, and visits to the donations portal increased by over 150%. Today, we continue to support the Annamrita Foundation in their outreach efforts to achieve zero hunger across the subcontinent.